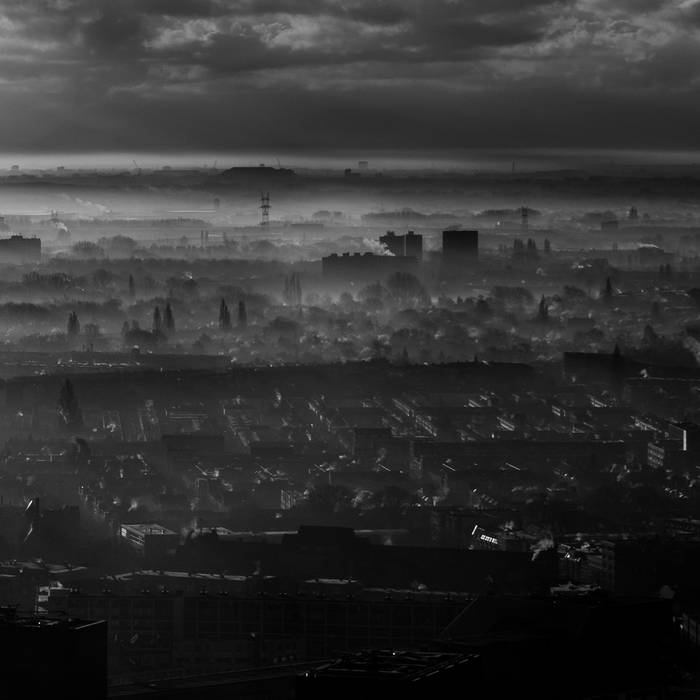 Diego Great, with a dizzying and well-crafted sound. A masterpiece with progressive colors that make black metal even more interesting.
That Bass in Golden Rays... Is gold Favorite track: Golden Rays of the Sun.

YomaBarr Exactly how I love it. Excellent. And now to make myself comfortable and wait for II.

DEATHSPELLOMEGA The mighty DSO spawns more and more rabid rascals, with Wesenwille being one of the meanest of them all, along with Au-Dessus...
A Sledgehammer full of brutal power, splintered with bittersweet emotional flashes, which remind me of Abyssal...
A Must have for every dissonant junkie out there!!!

"Dense and fanged like coiled barbed-wire, Wesenwille’s compositions prod at uncomfortable silences and unfold with unpredictable elegance. Each song feels dense as a dying star, invoking atmospheric contemporaries like Deathspell Omega and their countrymen Dodecahedron while surging with more metallic urgency. From the fiery charge of “Prosopopoeia” to the solar eruption of “Golden Rays of the Sun,” I : Wesenwille feels like it’s racing the listener toward a cliff’s edge overlooking a decrepit metropolis."
- DECIBEL MAGAZINE
www.decibelmagazine.com/2018/04/25/full-album-stream-wesenwille-i-wesenwille/

"Stylistically, their music draws strongly upon elements of black metal, but with a modern approach that incorporates other ingredients as well, providing an experience that is harsh, barbaric, and unsettling, but also engrossingly atmospheric, emotionally evocative, and quite memorable. The band identify musical influences in the realms of Svartidauði, Svart Crown, Deathspell Omega, and Sweden’s Shining."
- NO CLEAN SINGING
www.nocleansinging.com/2018/03/22/an-ncs-premiere-wesenwille-golden-rays-of-the-sun/

"Wesenwille are the real deal, and they stand aligned with Wild Hunt and VIII as vanguards of black metal’s heritage and future. The storm is coming, and you won’t want to look away."
- Toilet ov Hell
- www.toiletovhell.com/premiere-with-wesenwille-from-one-we-are-many/

“ Wesenwille’s debut is a devastating album which destroys everything in its path, reaping havoc all the way. The great production and spine-chilling atmosphere makes this album one of the best debuts I have heard in years. So my dear black hearted listener, I can only conclude that this album should be given a chance by everyone who is into modern Black Metal. So do me a favour and give it a listen, buy this dark piece of art and appreciate it!”
- Metal Exposure
metal-exposure.com/wesenwille-i-wesenwille/

The full-length debut I: Wesenwille was autonomously composed, performed and recorded between 2013 and 2017. Redefining Darkness Records are proud to release this masterwork in late April/early May 2018. This 40+ minute album will initially be available digitally and on CD as a stunning 6-panel digipack, which includes ample room for the included original photographic works. WESENWILLE will bring its first performances in Europe as a full-blown live act starting June 2018.

WESENWILLE is a new project by D. Schermann (a.k.a. Valr - Weltschmerz, Wrang, Grafjammer, Iron Harvest) and R. Schmidt (Verval, Iron Harvest, Apotelesma, ex-White Oak). Based in Utrecht, the Netherlands, this two-man front focuses on delivering black metal with a modern approach. Stylistically, WESENWILLE’s music offers a balanced mix of pure dissonant aggression and more contemplative atmospheric, but rarely consonant passages. Musical influences can be found in the realms of Svartidauði, Svart Crown, Deathspell Omega and Sweden’s Shining. On a lyrical level WESENWILLE deals with the development of technology and societal structures, and their continual transformative effect on human social interactions and values. The term WESENWILLE originates from Ferdinand Tönnies’ work Gemeinschaft & Gesellschaft, in which it is described as the natural will that drives communities towards common goals, as opposed to the more selfish rational will, which predominates in larger societies such as the ones we live in today.

All music composed, performed, and recorded by Wesenwille between 2013 and 2017.

Bandcamp Daily  your guide to the world of Bandcamp